About Feed Me Light

Denis Bodart is the founder of Feed Me Light, a London based creative studio specialising in character animation that is fun and doesn’t take itself too seriously, just like the creative team. Strong talent drives the Feed Me Light studio and the distinct creative style of the founding team is known for its light hearted view, humour and attention to detail. Driven by narrative and lovers of craft, the team delivers unique pieces for clients and brands. As a company they strive to be straight up, honest and all round good sorts, knowing this will create partnerships that allow for collaboration, joint vision and shared success.

Interview with Feed Me Light

Could you please tell us about your experience as a designer, artist, architect or creator?

FML : Feed Me Light is home to individuals from across the globe, all coming together with their experiences in design thinking to produce work that is full of heart and character, no matter what the medium. Now approaching their third anniversary, the studio was founded by a team of award-winning creative designers.The FML staff have graced the corridors of Supinfocom, NEXUS London, Axis Animation, Electric Theatre Collective, Mighty Nice and many more in their journey to our studio. Here, they have produced further award winning work; garnering Best New Studio nominations from Motionographer and winning Emerging Agency of the Year 2018.Having worked with clientele such as Saatchi & Saatchi, TrueView, Kiehl’s, Wrapify and further releases on the horizon, the studio continues to work with industry leading brands and agencies.

How did you become a designer?

FML : My career began in Brussels, Belgium, after graduating from HEAJ in 2005. Initially specialising in 3D for video game assets and in Motion Design for TV production, I moved towards character and animation design enjoying the opportunity to be more creative, and the challenges of making it all ‘seem real’.Moving to London, UK in 2009 I rushed to opportunities where I could focus on the aspects of animation design, working for various studios such as Nexus, Electric Theatre Collective and Saatchi as a 3D generalist freelancer.Opportunity came knocking during 2015 and with a desire to push the creative boundaries with like-minded people, Feed Me Light Ltd grew from my individual freelance company to a team of creatives based in a studio in East London.

What are your priorities, technique and style when designing?

FML : Pre-Production is a massive focus when it comes to design in our line of work. We spend a lot of time in the early stages getting the script written, the concept designs nailed and working through both the storyboarding and animatic to make sure it is all right.Secondly, we make sure when it comes to all these different stages in production, that we are working with talent who are the very best in their specific field, who are truly the best at what they do.Lastly, we ensure that this talent is supported by a solid team of producers, who find creative solutions to support the project and help find compromise between our budget and creativity.

Which emotions do you feel when designing?

What particular aspects of your background shaped you as a designer?

FML : A large part of my personal journey in working in design was in learning how to adapt my creative approach with client changes, improving those fundamental aspects of listening, understanding and compromising where needed.I guess my eagerness to always want to try everything has definitely shaped my journey as a designer, from motion design to 2D to 3D, from technical jobs to managing and pitching, and even running, I’m always bouncing around different tasks. My biggest influences come from CGTalk and Motionographer, I’m always inspired by the latest work other people are making and want to try it myself.

FML : 2017 was a year of unprecedented growth for the Feed Me Light team. Our full-time professional panel began to expand beyond its original founding team, with additions in both sales and production. Our roster of talent began to flesh out as well, with BRVTVS Collective, Team Tumult, Effie Pappa all signing on as directors and Julien Becquer joining the team as a full-time creative. These additions have brought a wealth of industry experience and added to the niche specialities offered by the expanded creative team.2018 has since seen continued growth in both numbers, studio space and the accolades that the team have won. Higher calibre client projects and an increased demand for content produced by Feed Me Light have ensured we rise to the demands of operating an effective and impactful design agency, with new ventures into specialised markets such as food and high-end motion graphics & VFX.Going forward, we seek to cultivate a continually expanding agency of creative designers, with a range of skills and creative outputs that continue to grow in scale alongside our team, all the while preserving the core ethos that we have maintained from the very beginning.

What are your advices to designers who are at the beginning of their career?

FML : I would definitely recommend trying everything. Unless you know that you want to do something 100% for certain, get interested in everything, then as you develop you can begin to focus on more specific aspects. Studios the size of FML need people who are interested in everything. Growing a studio wasn’t easy, I faced a lot of hurdles along the way, managing cash flow and especially when managing clients and feedback. You put so much love and energy into something, but I needed to learn not to take the feedback emotionally, and I really understood the need for that buffer of a producer.Some of the best advice I have received is to always hire people that are smarter than you. Also, well it’s more of a saying than advice, “you’ll only be as good as your last project”, so I try to make each one better.

You are truly successful as a designer, what do you suggest to fellow designers, artists and architects?

FML : Aim high, try and do better than the people you admire, learn to see it as a friendly competition. Just keep doing your thing, and most importantly, go for what drives you. As long as you find it exciting, then it won’t feel like work.

FML : A mess. It’s a lot of running around.It’s actually quite fun, as I’ve explained, it’s a bit of doing everything. I don’t do as much creative work now as I would like, as there’s now a lot more managing of people.

FML : I’m very prone to seeing the work of other people and being super jealous, but it does give you a sense of motivation.Andrew Kramer (Video Copilot) is a great example of this, I remember always seeing this guys work, and it would annoy me just how good it was, but it would make me want to be better. He has always been one step ahead of everyone and it has always fascinated me.

How do you know if a product or project is well designed? How do you define good design?

FML : Brands approach agencies with a massive degree of trust and risk, allowing a creative studio creative authority in shaping their identity. On the studios part, there is a massive sense of responsibility, in not only executing the brands vision but understanding and seeing that vision for themselves. A story is only well told when its motivations are fully understood, and design plays a massive role in this understanding.That’s why the FML team values a brand's message above all else. It is their story, and we are the tools for telling it as designers.

How do you decide if your design is ready?

FML : When people get excited when they watch it, that’s pretty much it.

What is your biggest design work?

FML : Kiehl’s has definitely been our biggest and most successful project, and it was our first. It has made everything else work since, it was all about building that strong foundation upon which to build the rest of our portfolio.

Who is your favourite designer?

FML : I’m a big fan of Kevin Dart from Chromosphere, and have been lucky to have had the chance to work with him on one of his projects. However, if I could meet any designer, it would have to be the guy who designed the Coca-Cola logo. I’d love to hear the story behind that.

Would you tell us a bit about your lifestyle and culture?

FML : I literally love London. London is my favourite city, I’m so lucky to live and work here.When I’m working I listen to a lot of music, Kings of Leon, and also podcasts, mostly about non-duality. Google it.Coming from a strong comic book culture in Belgium, we grew up with all these amazing comic book artists. Belgians are also a growing cultural film society, and their films are starting to be shown more and more in film and television. For me, good design is more of a feeling, its similar to appreciating the beauty in nature, you don’t quite know why it’s beautiful but you know the feeling is appealing, and so design is all about appreciating the feeling you give someone.

Would you tell us more about your work culture and business philosophy?

FML : In our work environment, people are generally quite excited to come in and do their thing, we are lucky to work with people who are driven and challenge themselves to work on interesting projects, so you don’t really have to do much more than give them a healthy work environment and be flexible around what they need to flourish. If they have kids, if they drink coffee or tea, if they need breaks often, if they like silence or chatter. Our job is providing them with the environment that best suits them for achieving their best. That means providing flexibility, which often leads to them being more productive.

What are your philanthropic contributions to society as a designer, artist and architect?

FML : I strongly believe we need to have some form of giving as well as receiving. In giving, it makes us feel better about what we do, this can be done by working with a charity that needs help and support; by providing them with some of our time, or providing them content or donating them money. We receive a lot of work from the advertising world; telling the stories of people's products, and so it feels right to give something back and shine that same light on deserving charity groups. There’s something inherently good about giving without reason, and it makes us feel like we are part of a wider community of people.

What positive experiences you had when you attend the A’ Design Award?

FML : Awards and competition allow us to showcase our work and be recognised, but also we get to discover other talented studios. As a designer it almost shows that you need to engage in a little healthy competition to know where you stand, its motivating to know you have further to grow in what you do. 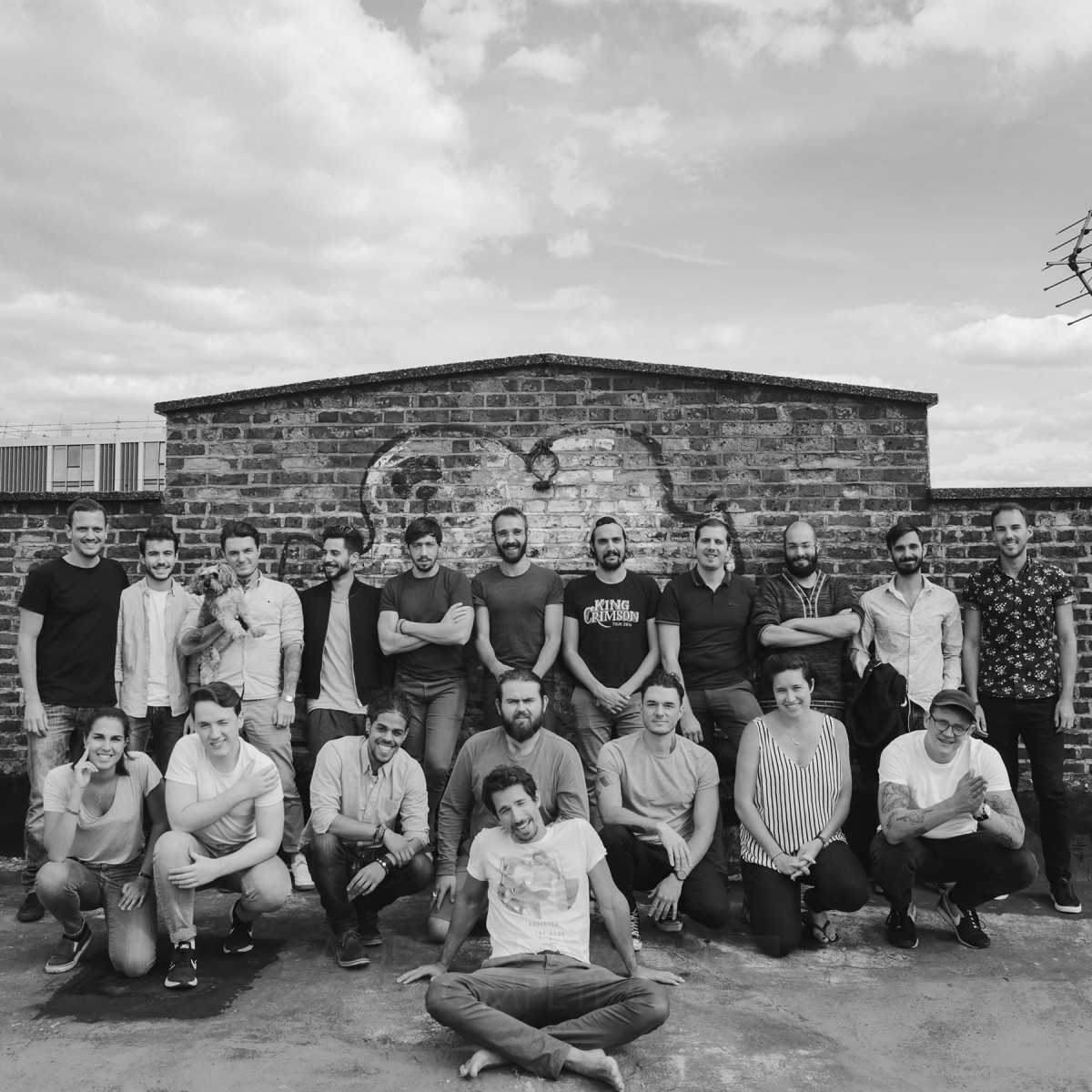 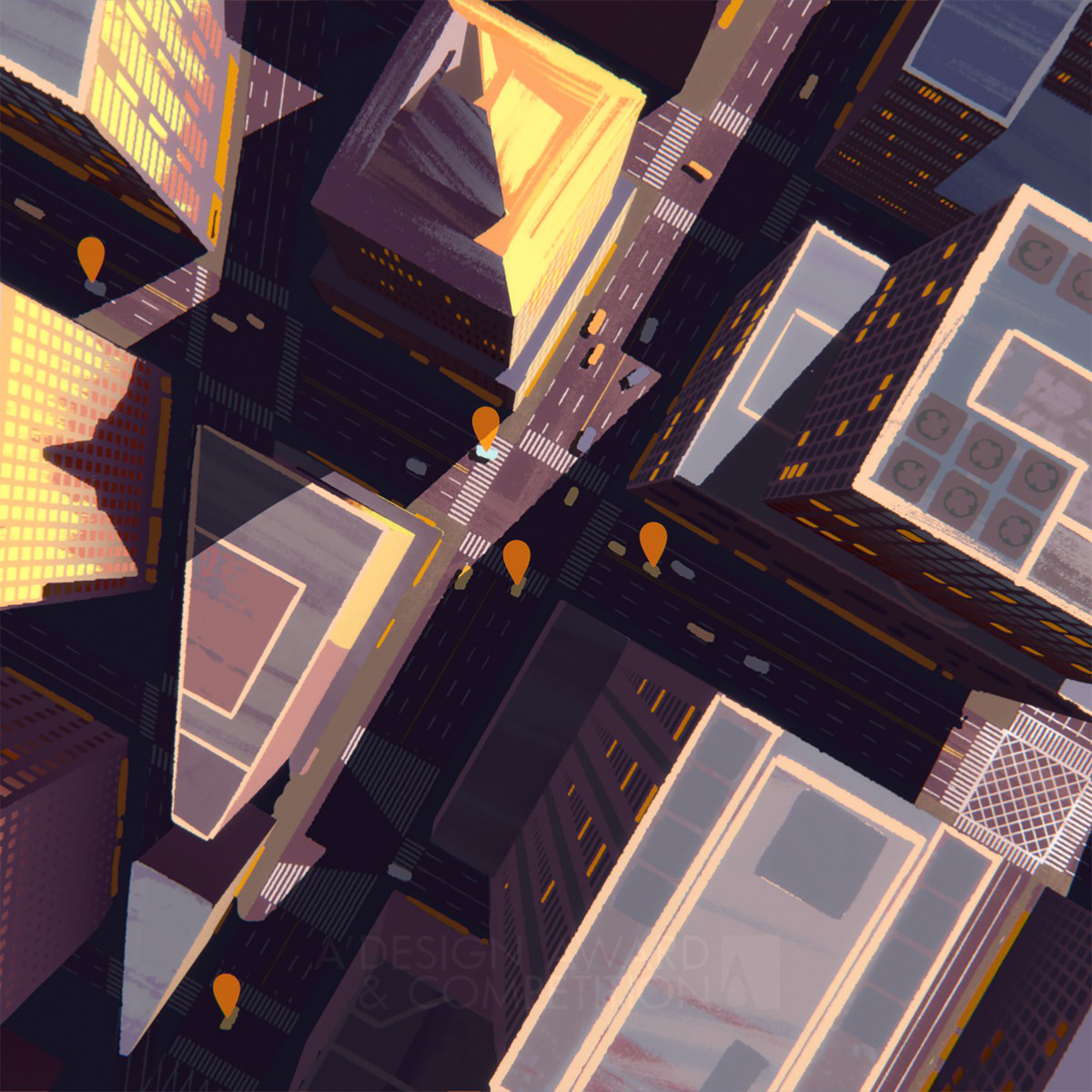 Featured Designs by Other Designers 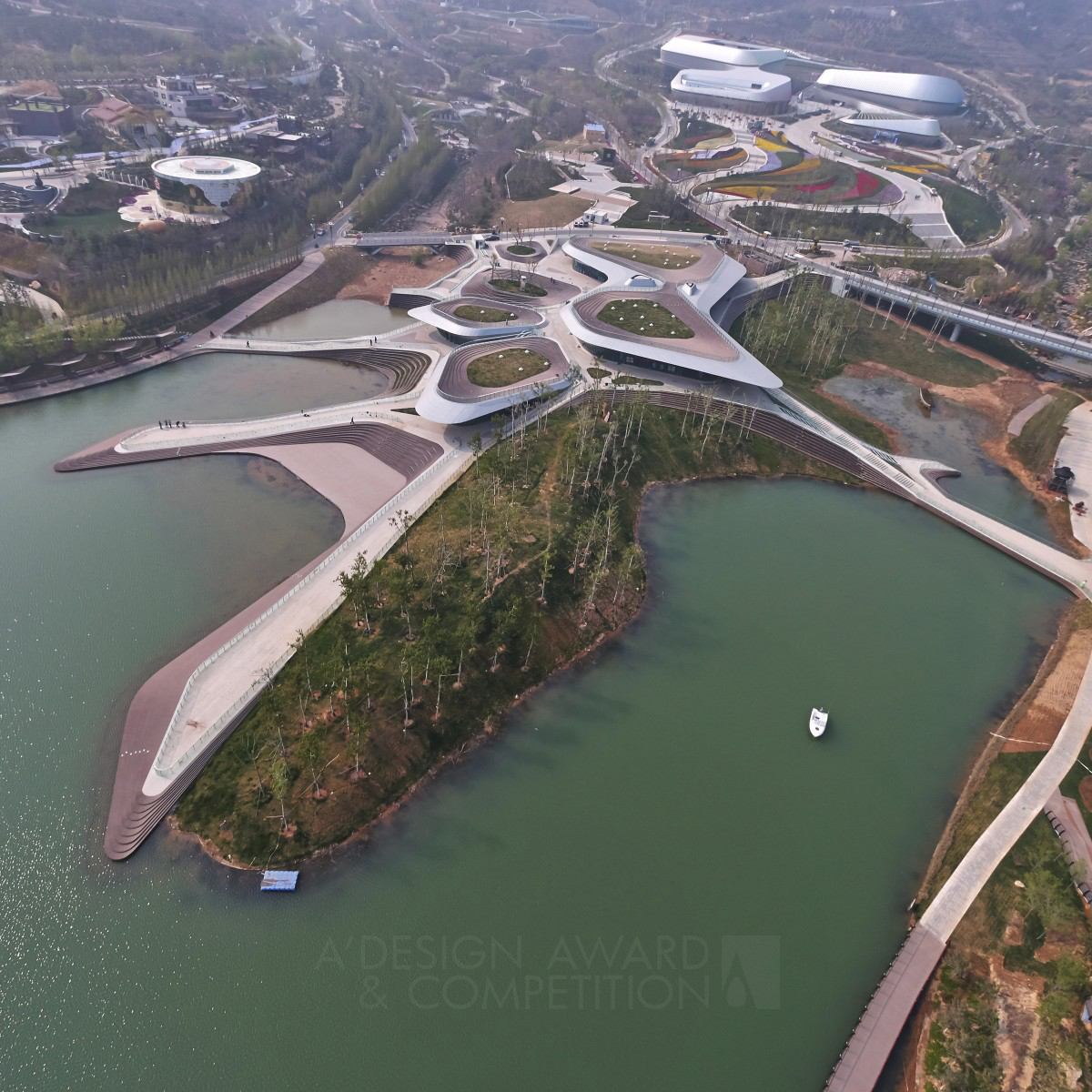 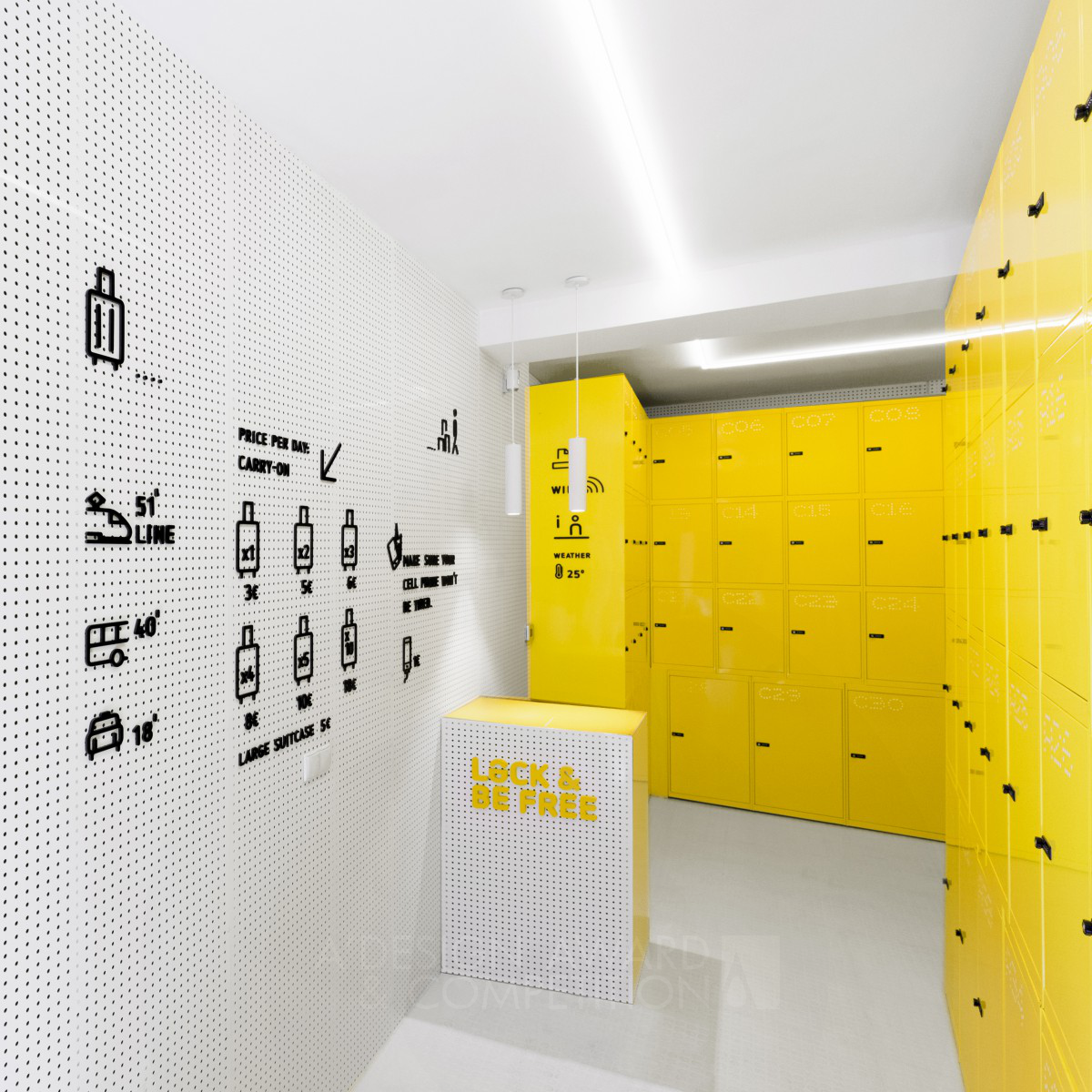 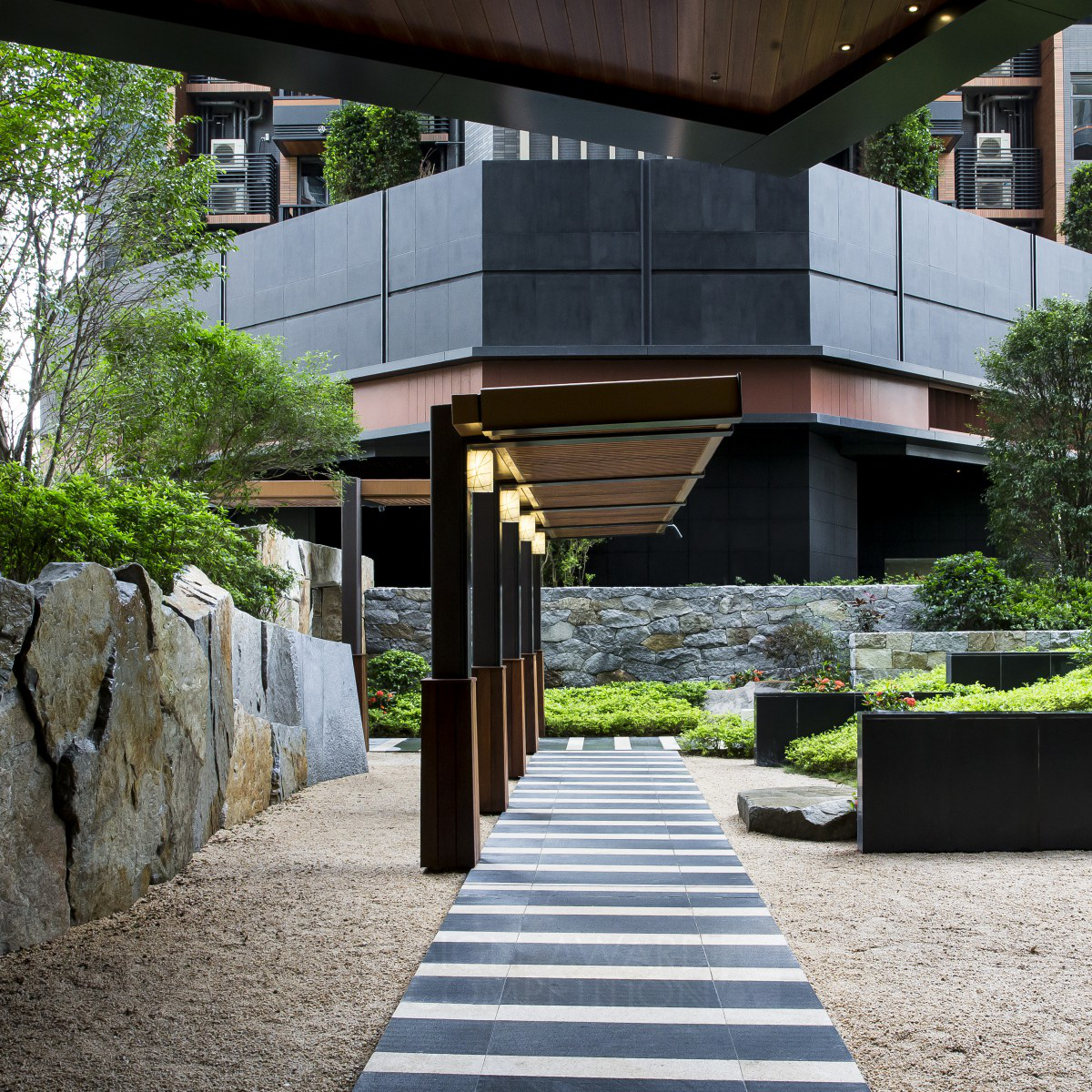 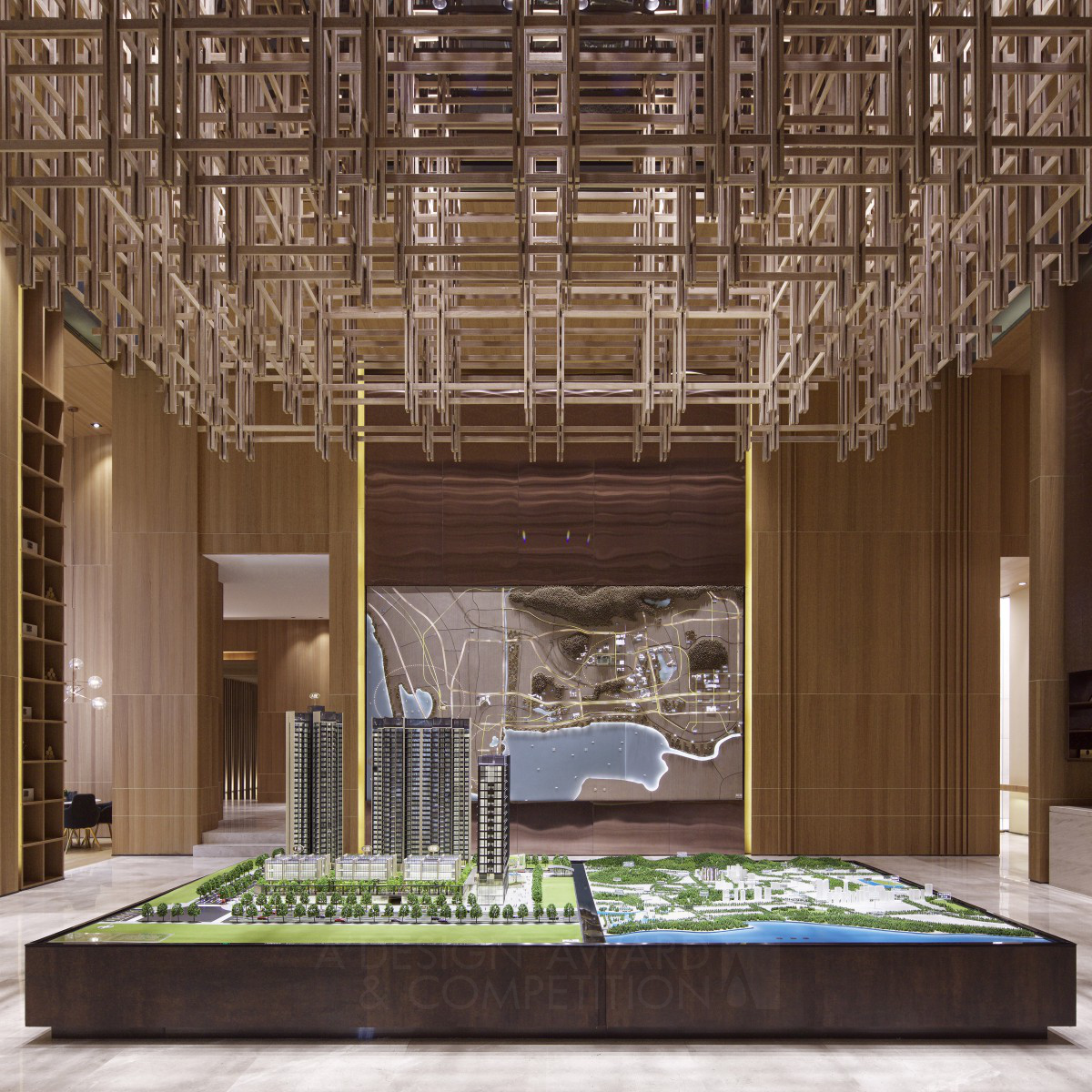 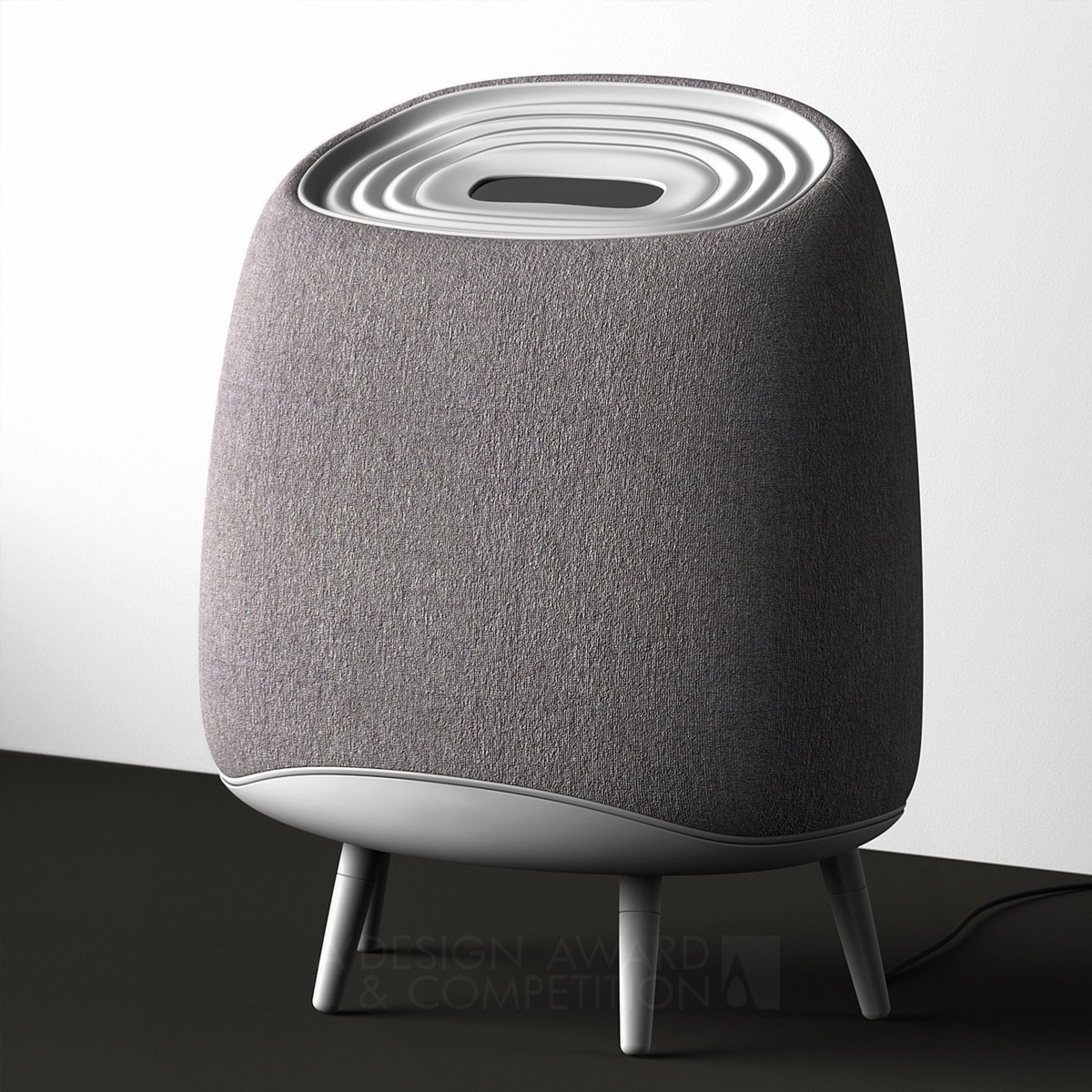 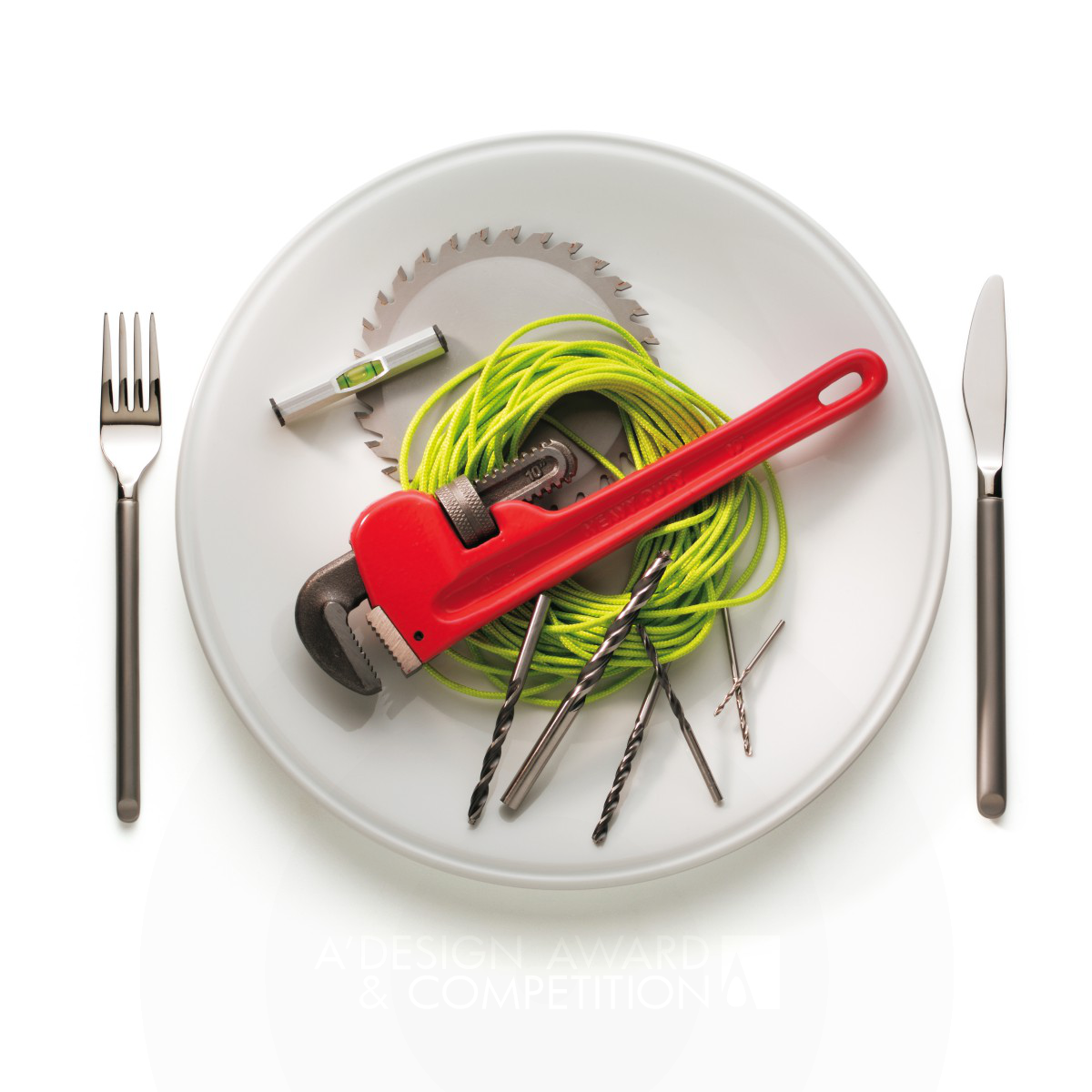 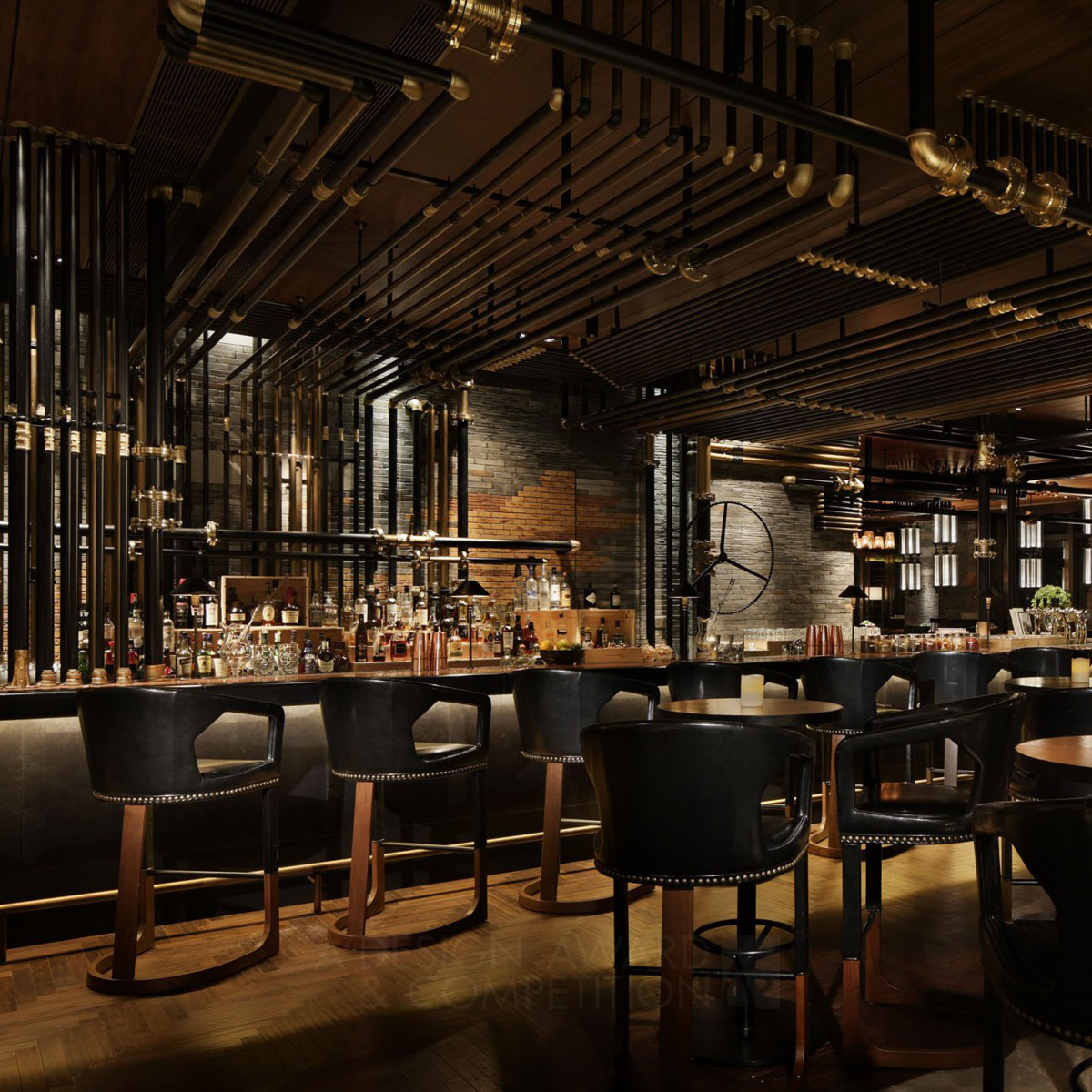 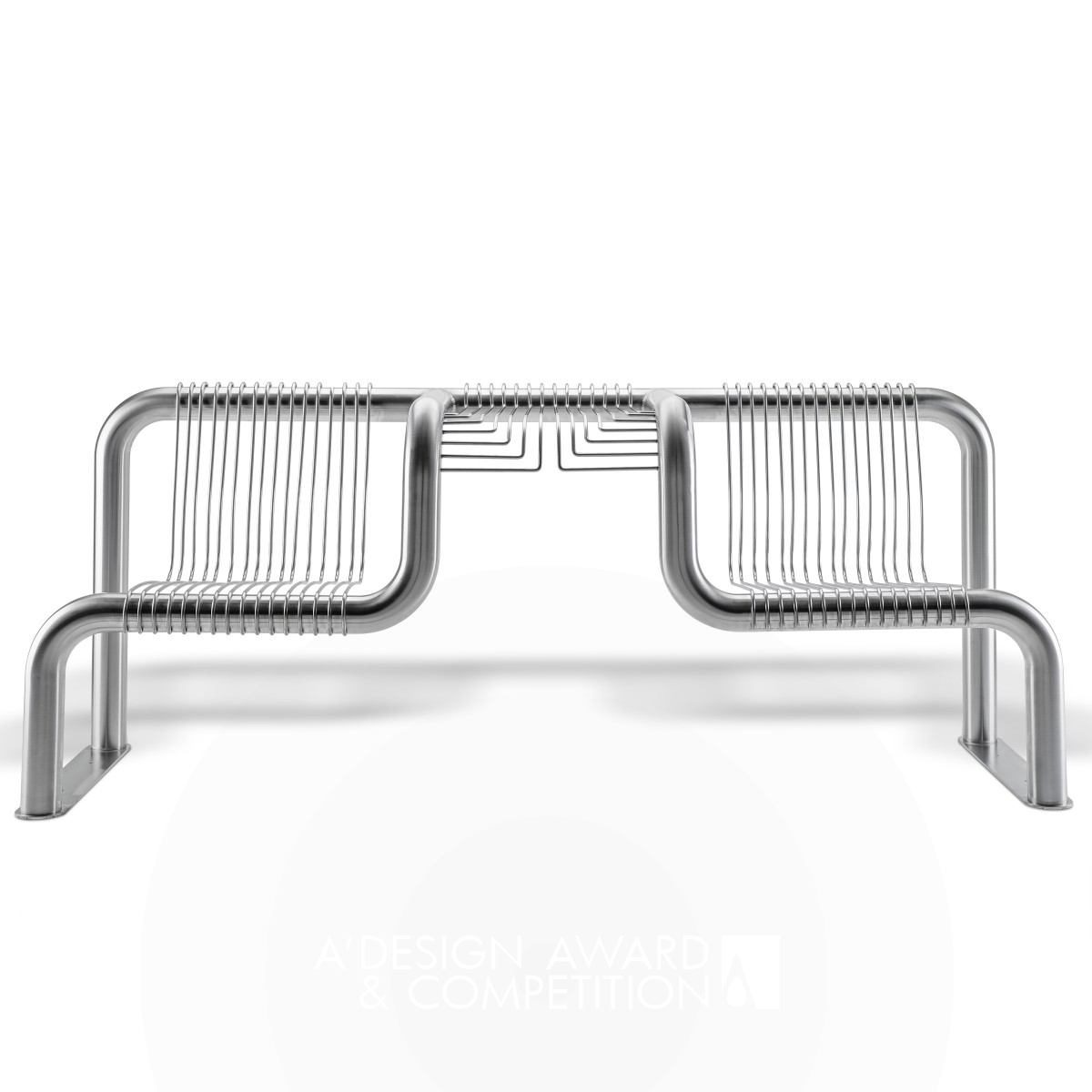 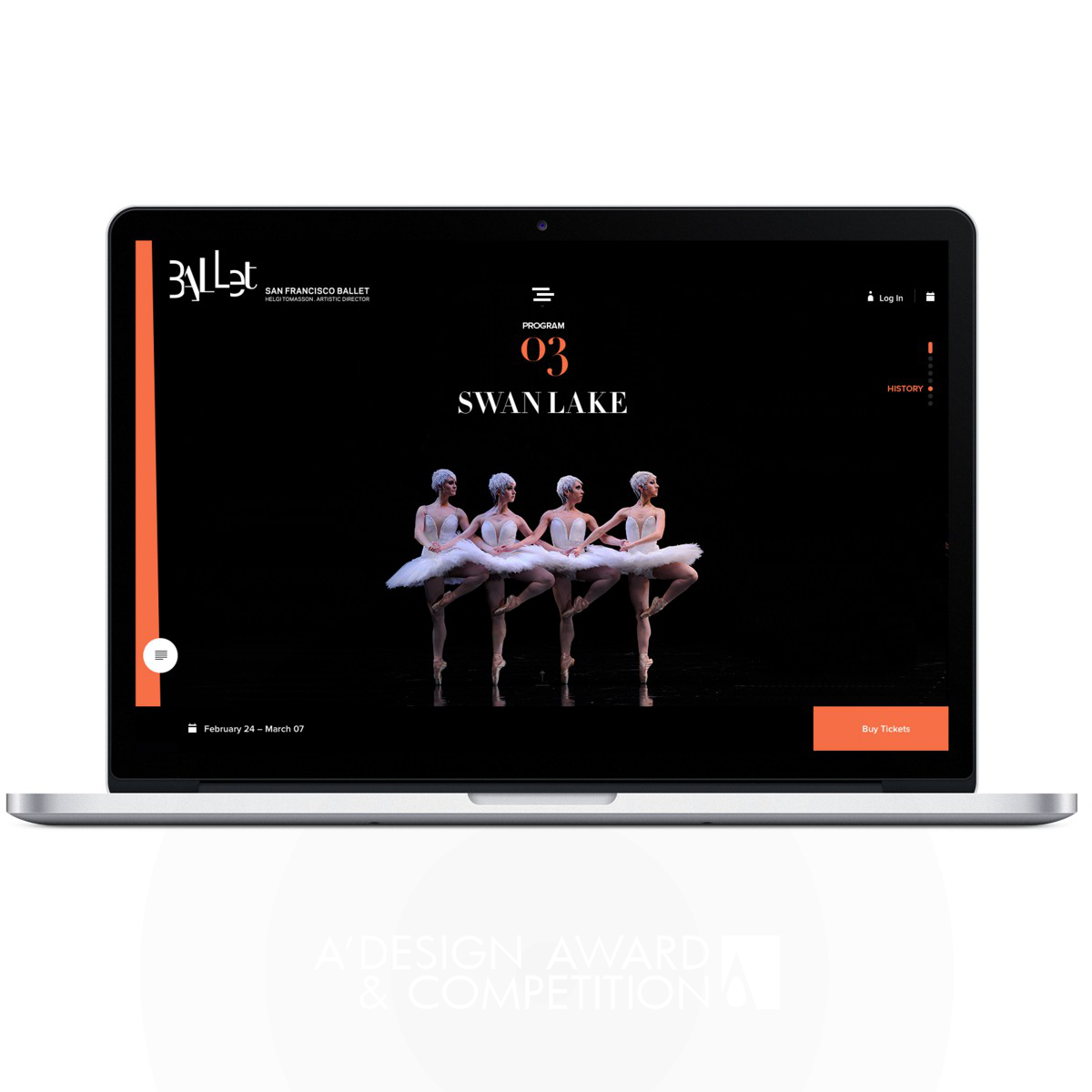 We are very pleased to share with you the following incentives, platforms and websites that could help you discover more great designs from magnificent designers worldwide.

Read interviews with World's leading designers regarding their works.

Find great designers, artists, architects and agencies to work with.

Discover the greatest designers and architects from different countries.

Do you have great designs? Are you a magnificent designer? We would be honoured to feature your original designs and promote your profile.